It's a sure fact that Neapolitan adults were once Neapolitan children. And with the same certainty, we can say that at some point during their childhood they ate the squid cut into rings called tarallini. Calamarata pasta is another one of these fondly remembered dishes, "in the tomato's shadow", as my grandmother used to say. At any age, and in whatever way it is defined, calamarata pasta is not only a union between land and sea, but also between past and present. 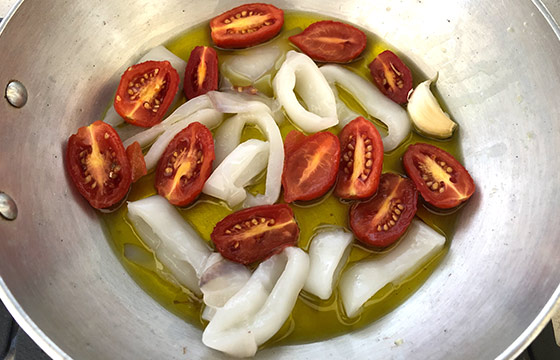 Cut the squid into the classic ring shape, place in a pan with high sides adding oil, a clove of unpeeled garlic and the tomatoes, cut in half lengthwise. To obtain a perfectly creamy pasta, it is advisable to use an aluminium pan. 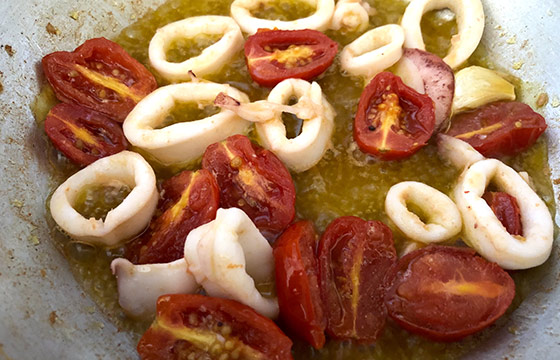 Cook the squid over moderate heat until it becomes soft and takes on a pink colour, this will take about fifteen minutes. Don't add salt because the pasta will be cooked with salted water in the pan. 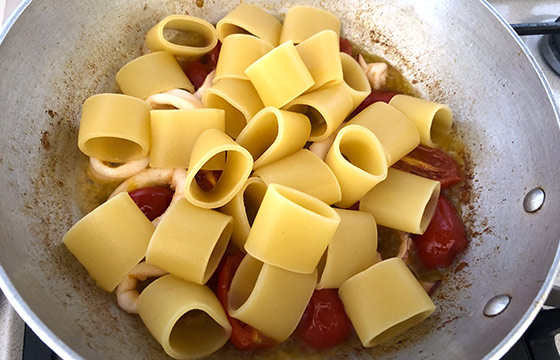 Place the pan to cook the pasta on the stove and add the salt. Start cooking the pasta. Halfway through cooking, raise the calamarata with a slotted spoon and add it to the pan with the squid at the bottom. 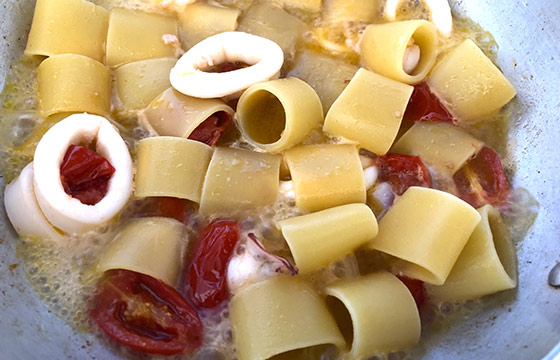 Cook while adding the pasta cooking water a little at a time. When cooked, add chopped parsley and serve.

Discover all the Napolicious recipes